The National Hall of Fame Awards acknowledges persons in the Bovine, Equine and Ovine industries in Ireland who have given their lifetime breeding, showing, adjudicating and promoting their various breeds. Each breed society and fellow breeders nominates a person, who in their opinion, is deserving of such an award.

Now in its 14th year the National Hall of Fame Awards is still one of the most popular Agri-Social events of the year where people from the Bovine, Equine and Ovine industries gather to acknowledge the achievements of their respective Nominees.

It is a very special night for the Nominees, because, they have been acclaimed by their breed Societies and fellow breeders, as the person who over the years has given their time, expertise, dedication and commitment for the betterment of their breed.

The National Hall of Fame Award is probably the greatest accolade a Society and fellow breeders can bestow upon one of its members. The presentation of awards and banquet is held annually in Athlone. 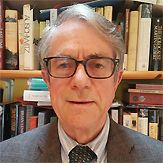 Michael G. Tutty has been Hon Treasurer of the Irish Donkey Society since 2012.

He spent a lot of his working career in the Irish Department of Finance up to 2000, where he reached the position of Second Secretary General in charge of Budget and Economic Division.

From October 2000 to July 2004, he was Vice-President of the European Investment Bank in Luxembourg. He was appointed Commissioner for Energy Regulation in Ireland in October 2004 and was appointed as Chairman of the Commission in October 2008. He retired from this position in May 2011 on reaching the compulsory public sector retirement age. He was appointed by the Government as a member of the Irish Fiscal Advisory Council from September 2015 to end-December 2019.

He is currently Chairman of the Board of Peamount Healthcare.

Born in Dublin, he holds Masters Degrees in Economic Science from UCD and in Strategic Management in the Public Sector from Trinity College. 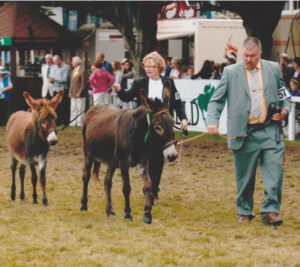 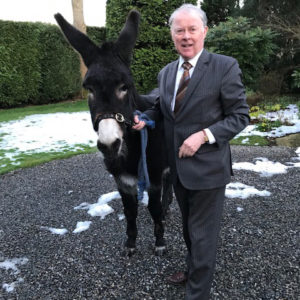 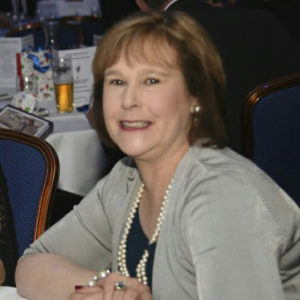 As founder of the National Hall of Fame Awards, and organiser with my son Oliver, I would like to take this opportunity to thank the different breed Societies and in particular the Secretary’s, for their help and co-operation in bringing to fruition what has now become one of the annual highlights in the Agri Social Calendar.

We are very fortunate in securing as our main sponsor Tesco Ireland for the National Hall of Fame Awards and our sincere thanks to all concerned. The ABP Food Group have very kindly continued to sponsor the “Certified Irish Angus Beef” for the banquet and our thanks also to the Irish Angus Producer Group for their continued support. The Kepak Group have agreed to sponsor the Ovine Section for which we are most thankful.

In 2002 Athlone Show was held for the last time at the old Show Grounds, Deerpark Road and it never stopped raining from 9.30am until late afternoon. Two cattle judges, Gerry Mulligan from Dromod, Co. Leitrim and Michael Hannon from Kilfinny, Adare, Co. Limerick braved the elements and completed their adjudication in record time.

I suggested to the two elder statesmen, both in their late seventies, that we should acknowledge their talents, and that of their colleagues, for their dedication and commitment to improve Irish livestock, both pedigree and commercial, before the Lord called them upstairs to the departure lounge to which both gentlemen replied “There’s Life in the Auld Dog’s Yet”. I am glad to report that in 2016 they are both hail and hearty and still going to shows and sales.

Later that year I wrote to the cattle breed Societies and requested them to nominate a person from their respective Societies, who in their opinion, had given outstanding service and commitment for the betterment of the breed.