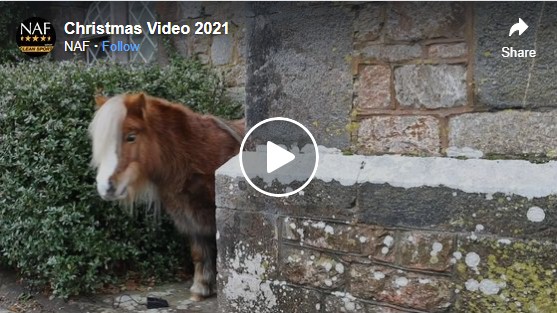 My Life in Donkeys

Donkeys and my love for them did not start in childhood.

Summer holidays on my grandmother’s farm in Co. Cavan meant that my earliest memories from the post-World War 2 years were of pony and trap transport to the town of Virginia and to Sunday church. By 1950 the car had replaced the pony and trap and, as a result. the countryside had lost a lot of its attraction for me.

I had no awareness of donkeys whatsoever as there were none around with whom I might have become acquainted. I was always in love with horses and […]

Census 2021 of all equine animals

The Minister for Agriculture has announced that a census of all equine animals will take place at the end of November this year. This is an important development for all owners of ‘horses, ponies, donkeys, mules, asses and zebras’. This will be the first time that such a census will be taken for the purpose of gathering information in the event of an outbreak of disease, in addressing many public-health concerns and in dealing with lost, straying or stolen horses, donkeys, etc. Anyone in the State who keeps equines will be required to submit a completed return within a […] 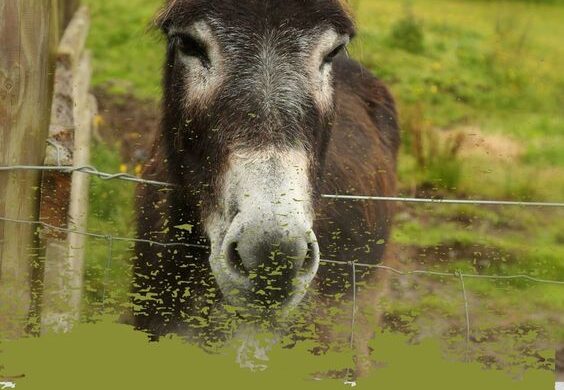 Donkeys first arrived in North America with Columbus and the rest of the Spanish and Portuguese conquistadors.

As useful pack animals, they quickly “burro’d” their way into the hearts and minds of the early settlers, and continue to charm their owners today.

Here is a list of 11 donkey breeds commonly found in America – and beyond.

Photo of the Month 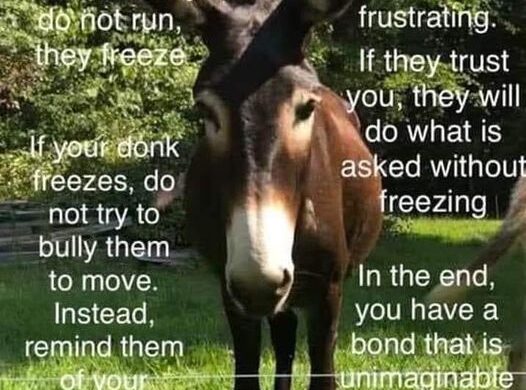 Donkeys are not stubborn!

The Irish Donkey Society’s members played a huge role in a number of Virtual Shows that happened in 2020, being winners and runners up in many categories.

The Donkey Exhibition on the Sunday took place virtually on Facebook, we were overwhelmed with the 47 entries, from all over Ireland. From both members and non-members. The RDS finalists on the Sunday were, Clare Heneghan x2 made the shortlist. Marnie Squires, Caroline Giles-Lee x4 made shortlist and Suzi Truesdale x2. The overall winner was Suzi Truesdale, with Ratallagh Daisy, an 8 year […]

Baby Caspian was born on the 11th June 2020, at around 22:50. Donkey foals are generally born in the early hours of the morning and we were on a restricted sleep schedule for 3 weeks!

Thus, a final check before bed and spotting a little wet long-eared baby was a very welcome sight. His mother, Silver Jubilee of Kinedale (Meg) is 13 years old and this is her first foal with us. We were not sure how protective nor how maternal a mother she was, so there was an extra level […]

Meet Some Of Our New & Existing Members!

The Irish Donkey Society has a wonderful, dedicated and donkey loving mix of members, some of whom have been with us for many years and some who are new to fold,

We wanted to introduce them to you and give you a little flavour of our membership so this month we are so happy to share Mairead and Amanda’s stories with you.

Mairead Lynch’s interest in donkeys goes back to the 1960’s in Co Donegal and you can read more of her story and see some photos by clicking here.

Amanda Wallace was born and […]

An Ode to Balmoral – a poem by Becky Figueira 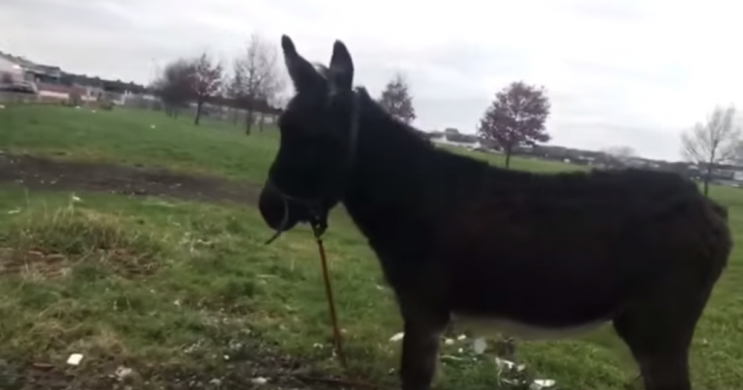 A DONKEY HAS been rescued in south Dublin after being allegedly raffled and whipped.

A spokesperson for the My Lovely Horse Rescue charity said they were made aware on Sunday of videos of the donkey, which has been named Mac, allegedly being whipped and dragged along the road in the Ballyfermot and Clondalkin area.

The spokesperson said they had also received reports of the donkey being raffled off.

Following a search by a number of volunteers, the donkey was found tied to a bollard with a “pretty deep” wound on his leg in the Liffey Valley area.

A Christmas message from our Chairman The Rev. Alastair Graham to all

I would like to wish everyone in the Society a very happy, safe and blessed Christmas.  I hope you will be able to find time for rest and relaxation.

The pandemic has brought no shortage of fear, financial anxiety, sickness and too many deaths and I would like to extend my sincere condolences to any member of the Society who has, or whose family has, suffered in any way due to the Corona virus.  However, thankfully we can all look  with confidence to the New Year, in the hope that the vaccines will enable everyone to […]

On Saturday 28th November we drove the donkey, Remus into Ballynahinch town to collect a Christmas Tree from a new small nursery and coffee shop, Blue Cedar. Remus also went and collected livestock feed in the slipe and towed it home. Bringing many smiles to folk of the town and lots of pictures were taken by passersby.

From 1st December we have begun “Elf on the Shelf”, everyday the elf will be photographed being naughty around the yard with the various animals. People can follow our Facebook page to see the latest shenanigans.