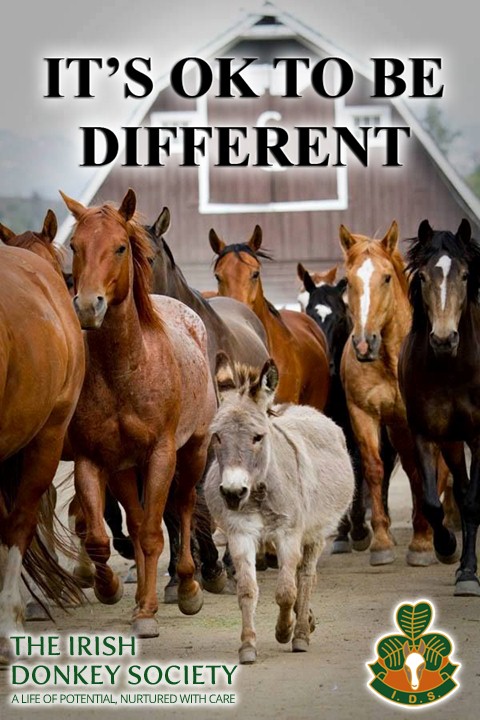 The Irish Donkey Society is a charity based in Kildare since 1972.

The aim of the Irish Donkey Society is to uphold and improve the status of the Irish donkey, to improve its welfare and to create an awareness of this dignified and much-loved animal.

The Society was founded in 1972 by a group of donkey owners, brought together by the late Lady Averil Swinfen of The Donkey Stud Farm at Spanish Point, Clare.

Lady Averil called together a group of donkey lovers to a meeting on September 23rd, 1972 and the Irish Donkey Society was born. Among the founding members were:

The Irish Donkey Society cooperates with and supports the great work done by the established welfare organisations such as the ISPCA and several donkey sanctuaries around the country to alleviate suffering of these noble animals. Happily, there is a greater awareness of the donkey and its needs, thanks to many owners who are now bringing their donkeys to shows at venues all over the country.

Despite their exotic origins, donkeys are ‘more Irish than the Irish’ as the saying goes and are associated with Ireland and the countryside in popular literature, art and music. Let us continue to cherish them and bestow on them the affection and care that they richly deserve.