Donkeys and Animals of Ukraine 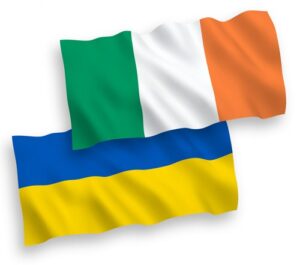 We have all witnessed the distressing images of Ukrainian people fleeing the horrible war inflicted on them by Russia. We take heart that our government has provided a welcoming refuge for them, despite the shortage of housing.  Many generous communities and individuals have opened their homes to Ukrainian families, in many cases taking in also their various pets. Ukrainians love their pets and have suffered personal hardship and expense in taking them with them by car, train, bus and on foot to Poland, to Ireland and other countries as well. All animal lovers know that the treasured pet is a real and important member of the family structure and to lose or abandon one is a tragic loss with all the ensuing emotions of a bereavement. We wish our Ukrainian friends and their animals peace and the blessings of good health while in Ireland and when they eventually return to their homeland.

Of course, there are also donkeys in Ukraine as in many parts of Eastern Europe and Asia although not as many as there were while donkeys worked on the land and as transport for ordinary people and tourists. Donkeys were the first ‘taxis’ since early civilisation and preceded the horse as transport by 500 or more years. Donkeys and other animals have always been displaced by war and it may be difficult to obtain any reliable information on their status in Ukraine today. Certainly, donkeys had a precarious existence when Ukraine was part of the Soviet Union under the rule of Nikita Khrushchev. He imposed a headage tax on all farm animals with the same rate for a donkey as a cow. Even though donkeys did heavy work, cows were more productive and so donkeys were abandoned to roam the roads and forests until they were shot by armed soldiers.

On a happier note, Rewilding Europe and Rewilding Ukraine has in the past year reintroduced 20 Kulan donkeys, 8 males and 12 females, into a fenced enclosure of 8,000 hectares of wild grassland in the Tarutino Steppe in Ukraine. The Kulan is a handsome wild relative of the domestic donkey. These Kulan will be allowed to roam freely until 2023 or thereabouts, when they will be released to their natural habitat, where they have not been seen for hundreds of years. Over-hunting and loss of habitat has seen their territory shrink by 95%. Their eventual release into the wild will enhance biodiversity, reduce wildfire risk and boost nature-based green tourism. We can only hope for a brighter, greener day for these beautiful creatures, peace and prosperity for the Ukrainian people. 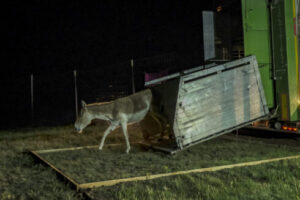 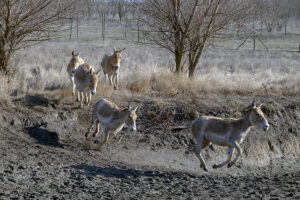