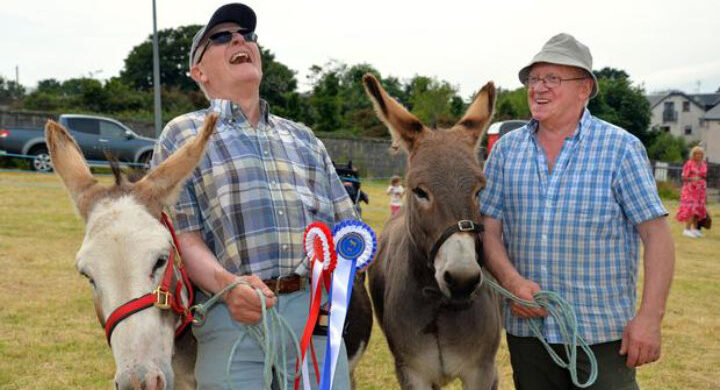 Juliet and I were on holidays as we often do in the Dingle Peninsula. We are based in Castlegregory where my parents used to live. 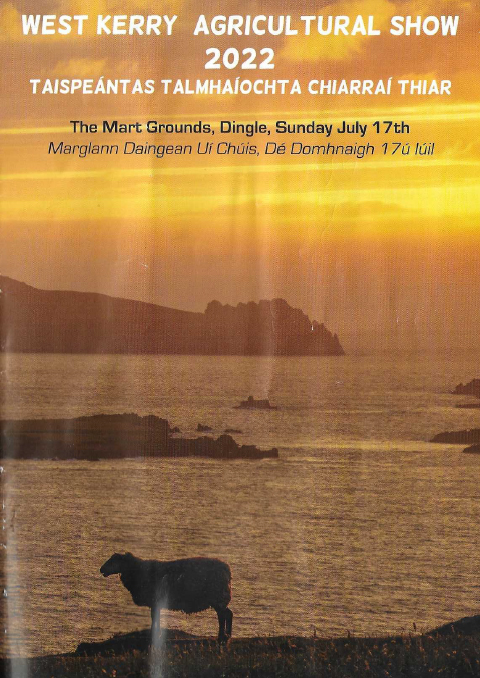 On this Sunday we decided to visit West Kerry Agricultural Show in Dingle. It was a beautiful day and it was well attended with everything from competitions with all different breeds of cattle, there as a pony section and a horses section, mountain sheep and lowland sheep competitions. Added to this there were sheep dog trials and a competition on the best goat. There were also competitions for arts and crafts, cookery, art etc. etc.

However, when we arrived crowds were just gathering and we headed straight to the showing ring in a field just behind the Mart on the Conor Pass side of Dingle. we found quite a few donkeys waiting for the donkey competition (best donkey on the day). We went around looking at the donkeys and there were mostly the classic donkey and they were all in very good condition.

There was one man on his own with two donkeys. He had a classic donkey called Rosie and also a brown and white donkey called Biddy as we found out later. I was talking to him about his donkeys and the hooves were in excellent condition and generally they were two excellent presented animals. I then mentioned that I was from the Irish Donkey Society and the colour drained from his face and he said I look after my donkeys very well and they are in the best of condition and I replied I can see that but what is your concern and he ended up thinking that I was an inspector checking on the condition of the donkeys at the show. I assured him that as a representative of the Irish Donkey Society I was there to promote donkeys.

Soon after that the donkeys were called into the show ring. This man was the 1st to go in dragging his two donkeys which were not that cooperative and we know that one is hard enough to trying to show off two at the same time is very difficult. 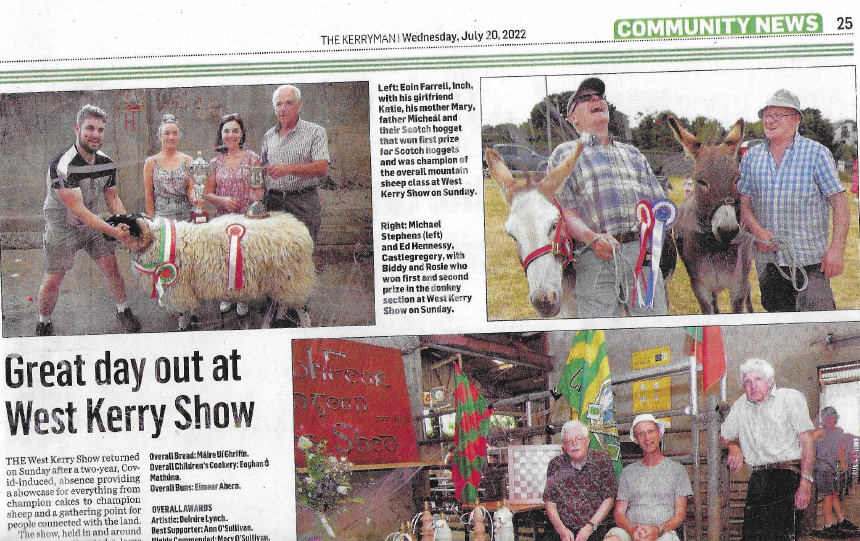 Eventually about 7 or 8 donkeys in total entered the ring for the competition. This man continued struggling with the two and I called across to him did he want some help, and he unfortunately did not hear and continued another circuit of the ring. I then entered the ring and caught him the next time he came around and said do you need some help and at this time the good man was perspiring with all the work getting these two donkeys shown at once.

He was very happy to accept my offer and I asked him which one should I take. He gave me Biddy the brown and white donkey and we then continued at a much better pace and now well controlled around the ring. Suddenly the judge called me up 1st and this man up for 2nd with Rosie and I ended up getting 1st prize and a cup and a red rosette and he got the blue 2nd rosette.

We then started talking. I asked him where he was from and he said he was near the bottom of the Conor Pass on the Castlegregory side i.e. the opposite side of the mountain to Dingle and I said my mother up to recently lived there and when I told him her name he knew her well and I then could tell him I was her son. He was Edward Hennessy and we had a great laugh that the two of use by chance should be thrown together at such an occasion and for his two donkeys to get 1st and 2nd. He had never ever shown them before. We helped him load the two reluctant donkeys into his trailer and he offered then to go down to the local hostelry to fill the cup. 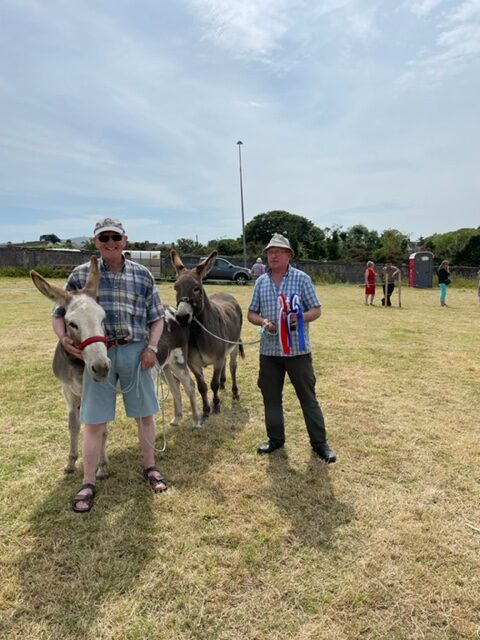 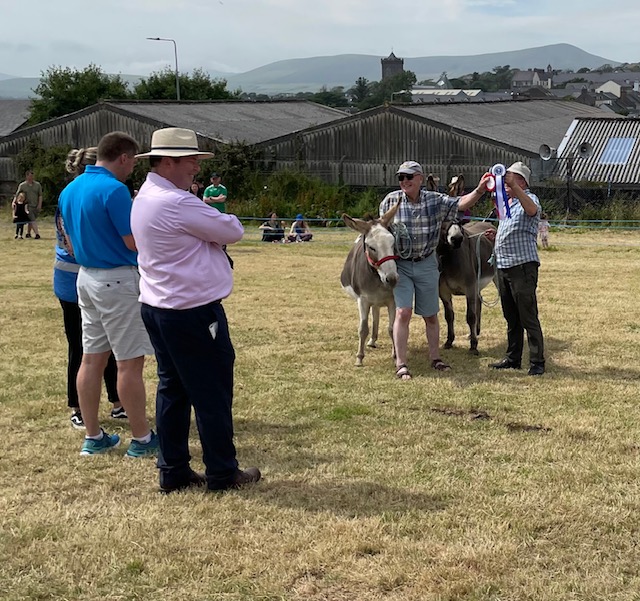 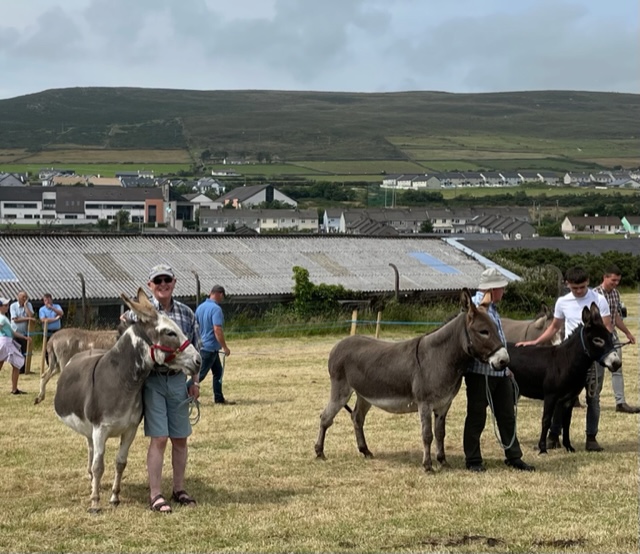