Any holiday plans ?? Fancy travelling across Turkey on a Donkey 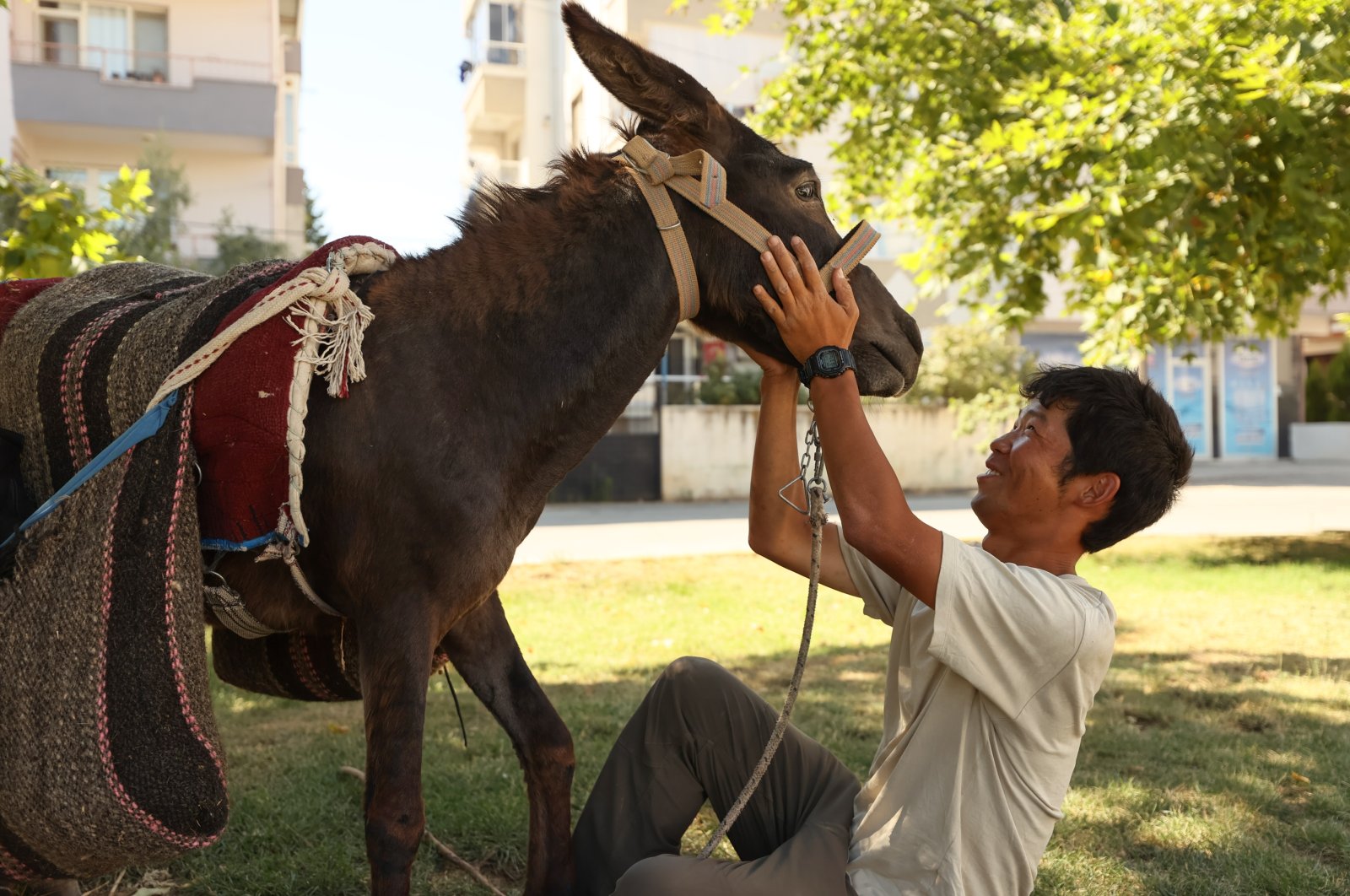 Using donkeys as a method of transportation combines the 19th century’s longing for speed with the 21st century’s desire to slow down. While riding donkeys, the epitome of “slow travel” today, is enjoyed by some who lean toward a more leisurely, rural holiday, a Japanese tourist traveling across Turkey on a donkey still turns heads.

Kotaro Takeda, a seasoned traveler, told Anadolu Agency (AA) that the idea of traveling on a donkey came to him five years ago in Morocco and that he thought Turkey was a safe country to attempt such a trip.

Kotaro, 30, bought the donkey he named “Sorotsube” in the Merzifon district of northern Turkey’s Amasya and started his journey. Every morning, Kotaro and Sorotsube passed through village roads and wandered around highlands and tourist spots, including the rolling hills and dramatic valleys of mystical Cappadocia.

Subsisting on a diet of tea, soup, bread and watermelon, Kotaro says he sometimes stayed in hotels but that he also spent some nights in the homes of hospitable families.

The Japanese tourist got to know the nature of his surroundings over the course of his leisurely journey and took in the ride. Finally, Kotaro’s donkey tour of Turkey ended in the Torbalı district of western Turkey’s Izmir.

Explaining that the people he encountered along the way had different reactions to his choice of transport, Kotaro said, “Sometimes they assumed that I am an Afghan shepherd. When I told them that I came from Japan, they asked questions like ’Your country has advancing technology, why bother with a donkey?’ And they didn’t believe that I am Japanese.”

‘Donkeys are as emotional as humans’

“I have no hurry. I love walking, jogging, and donkeys, of course,” Kotaro says, noting that donkeys are just as emotional as people.

Noting that if he did not have his donkey, he would not keep walking, Kotaro said, “In the beginning, Sorotsube tried to escape twice, but then he got used to it.”

The highlight of the journey for Kotaro was traveling across the country’s highlands, which he said fascinated him. “We had the best moment in a highland which is located in Isparta. We enjoyed the scenery, fresh air and silence. It was a place like heaven.”

“A man shared his house with me in Yozgat. ‘You can stay here as long as you want,’ he said. Everyone invited me to have tea all the time,” he adds.

Delivering Sorotsube to the farm in Torbalı, Kotaro says he will continue his travels with the soulful species in European countries – even if it takes donkey years.