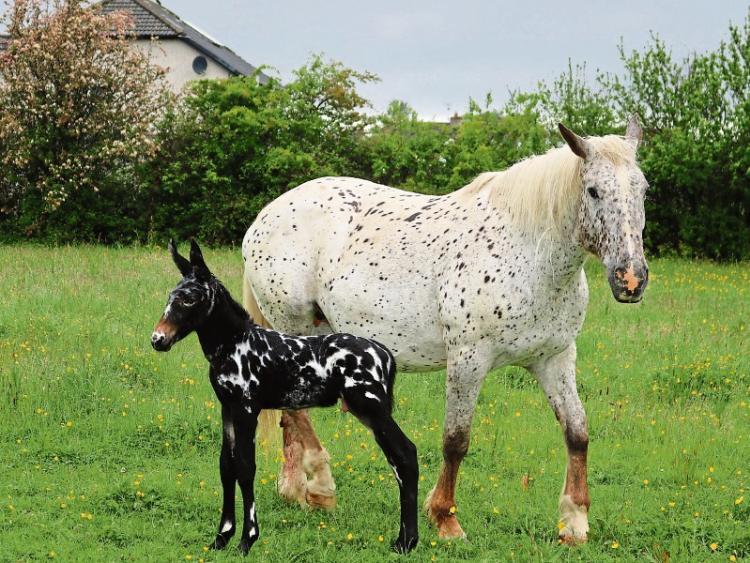 Newcastle West on Tuesday welcomed a very unusual addition to its animal population – an Appaloosa mule.

And the foal’s owner and breeder, Robert Cronin, is giving the public the chance to name him and wants to hear from people as to what name they would pick. 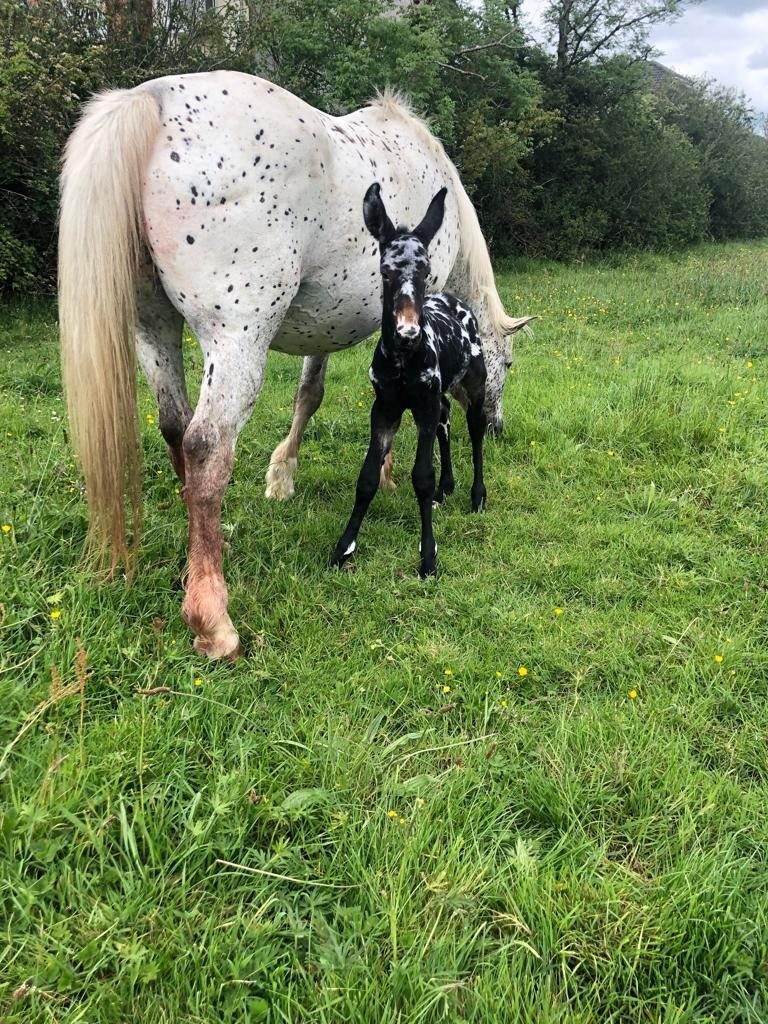 Robert, whose animal holding includes horses, donkeys and mules, admits his newest foal is his most unusual yet. “I have never seen anything like it,” he told the Limerick Leader just hours after the foal was born. “He is black and white and spotted like a Dalmation.”

The new foal was bred from a black and white horse and a Poitou donkey which Robert brought in from France some years ago. The pregnancy lasted 332 days.

“I like to breed something rare,” Robert added. “This one is very, very rare.”

“This mule will make 16 hands,” he predicted, explaining that both parents were 16 hands in height. “The reason I bred him is for a movie. They are looking for big mules but there are no big mules in Ireland.”

But, while he was hoping for a big mule, he was not expecting an Appaloosa mule.

However, before the Appaloosa mule makes it to the movies, Robert plans to show him at the Newcastle West Show in July.

Meanwhile, pictures of the two-day-old foal have become an instant hit on Snapchat.

The foal is taking milk from its mother for the time being, before it moves onto grass.

The original Appaloosa was a hardy breed of riding horses, developed in the North American West, having a mottled hide of dark spots on a light background, vertically striped hoofs, and eyes that show a relatively large proportion of white.