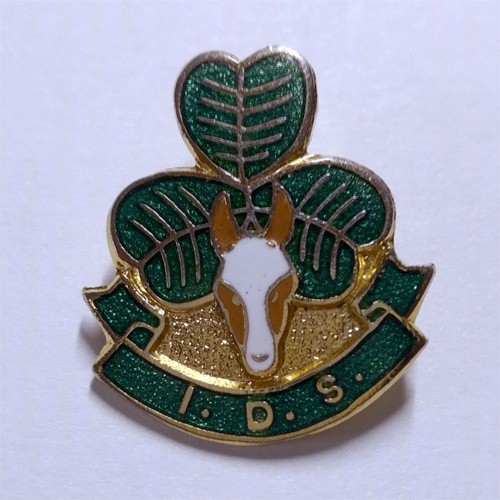 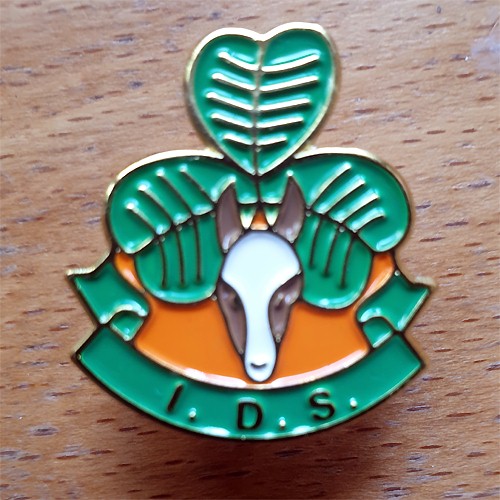 The original badge was designed early in the history of the society. There is no record of either its designer or the manufacturer. There was some idea that Weirs of Grafton Street, Dublin were involved but this cannot be substantiated.

The central figure was the donkey in frontal view with a very fine head and alert ears. The face is white, and both the ears and the cheeks are gold set in front of a green and gold shamrock background. The shamrock is a potent symbol of Ireland and is recognised throughout the world. The space surrounding the donkey’s head is gold. Below the donkey’s face are the letters I.D.S. The colours of the badge are, therefore, green, white and gold. This badge is no longer available.

The 2020 badge follows the original design with two changes – the badge is slightly larger and the space surrounding the donkey’s head is orange -green, white and orange being the genuine colours of the Irish Flag. This change perhaps better reflects the intention of the original designers that the donkey was to be a symbol closely associated with Irish identity. Green represented the Nationalists of the southern 26 counties, orange represented the Unionists of the northern six counties who would remain under British rule, while white, signified peace between the two parts of the island. The flag became official in 1921 when the new state was recognised internationally.

Note: The ‘Tricolour’ of green, white and orange dates to 1848 when it flew publicly for the first time in 1848 in Waterford City. 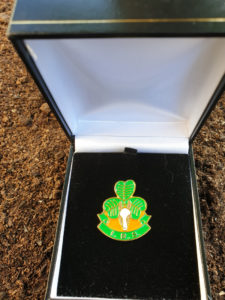 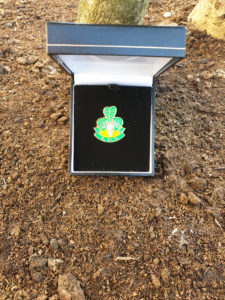